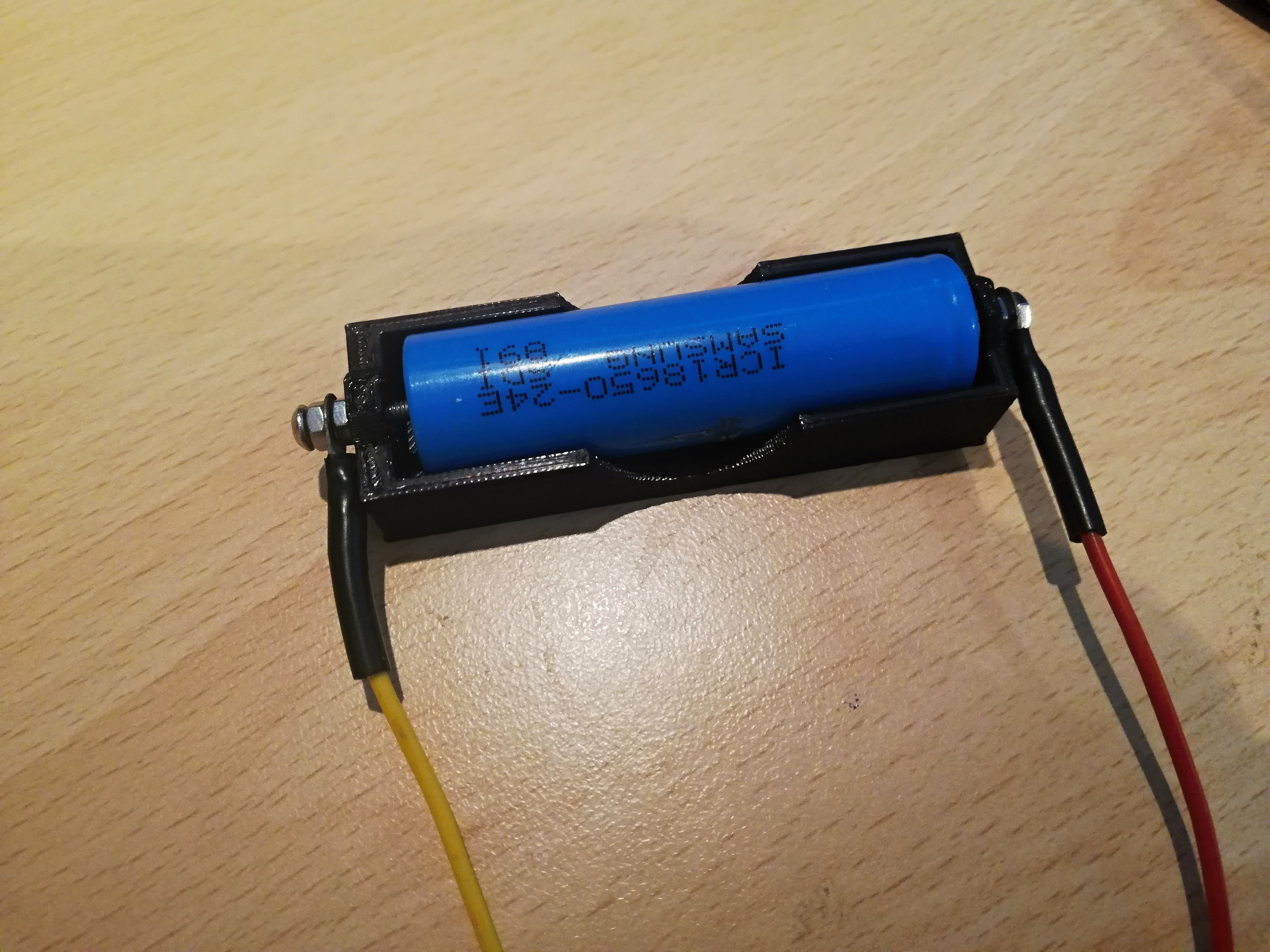 I work with a lot of 18650 cells. And since I also test them a lot, I obviously need a good battery holder. So I tried buying some 18650 holders from Ebay, but these were just horrible – the cells were very hard to insert and remove, they used thin wires and the + terminal was not making a good contact. After that I tried some holders bought from a local store, but the results were just as bad as previously. So I made my own.

Well, my creation isn’t anything super-inventive – it is just a simple PLA box with two M3 screws on each end. And it also didn’t take me long to design it – after about three prototypes, I had a working holder. So I decided to publish it, just in case somebody ever needs something similar. However, even something as simple as this has a few advantages over the holders bought from Ebay:

So if you feel like it might be useful to you, fell free to download the file and print it. Then just insert two M3 screws – I used one M3x14 and M3x10. After inserting the battery, tighten the negative-terminal screw – I do this by hand, so that I don’t damage the battery. Even tightening it by hand secures the battery enough that it wont fall out even while shaking the holder vigorously.

You can download the STL and SolidWorks files from Thingiverse.